As I look at the headlines of our ever changing nation, I know that I can be overwhelmed with the speed and ferocity by which we see our country's ethical standard deteriorate.  This transition which I am seeing is disappointing, but not unexpected.  As a matter of fact, I have been talking about these changes for about a decade.

My worry for the church isn't in whether or not Jesus will keep His church.  He has already bought and paid for His bride with His blood.  He has given us the promised Holy Spirit which is to convict the world of sin, righteousness and judgment and also to lead the believer into truth and seal him for the day of redemption.  The church...the true confessing, believing church...is safe in the arms of their Savior.

My worry is over whether the church will be one, as Jesus wants them to be:  United as one body with many parts, who all have a function for the edification of the body while providing salt and light to the world.

In our American culture there has grown a "collective Christian conscience" on many subjects that has the ability to skew and inhibit individual Christian freedom, causing unnecessary disunity among members of the body of Christ.  Because of the rapid acceleration of the changing morals within our society, I think it important to explore this dynamic so that when we encounter them we are prepared to recognize the subtle schemes of the enemy and not fall for the bait.

It is important to note that on the essentials of each of these examples the individual believers are united.  This is not a matter of the Christian believer on either side of the equation compromising the gospel of Christ, the definition of sin as defined by God's word, the need for repentance of sin or the hope of glorifying Christ through their actions.

Rather, what is different in each of these scenarios is how the individual Christian believers are being led by God to be that salt and light to the world around them.  When people of the same conviction come to differing conclusions concerning the same matter, our American mentality of "Collective Christian Conscience" comes in.  That, coupled with the American desire to have to win the argument, has caused many a division where none existed before, and none is necessarily needed.

So here are some examples that put this tension to light:

In this situation, my advice matches with the "collective Christian conscience".  Craig Gross could easily be seen by many to be compromising his beliefs because he is "supporting" an industry that ruins the lives of so many others.  I wonder how many times he has heard that or other similar charges of his faithlessness because his "answer" to the problem of pornography moved him in a different direction than most. 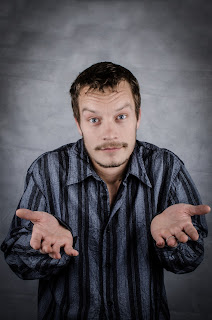 But is there really a conflict?  Or are we just creating one because personally we might not have the same "freedom" as Craig Gross?  I know that I don't have that freedom, but I applaud and pray for one going into the "den of lions" that I and many others have been burned by.  After all, Jesus died for them too, so it would make sense that He would equip special individuals for a task that many of us cannot partake in.

Last year, the Girl Scouts became public headlines in the LGBT debate when their policy concerning "transgendered girls" came to light.  The voice of the Christian community worried about boys being mixed with girls further confusing their God given identity or the possible protections needed for girls from boys who might abuse the "transgender rule" by becoming troopers or troop leaders.

As a result, the "collective Christian conscience" proposed bans for Girl Scout cookies and, of course, actively encouraged Christians to abandon the Girl Scouts altogether because of the policies and training.  Similar petitions have been proposed for the Boy Scouts and more recently Target.

To be sure, withholding support from organizations that promote policies can be very effective and cause corporations and institutions to bow to public pressure.  Also, it is wholly appropriate for Christian believers for the sake of protection of their loved ones from what they perceive to be harmful influences to withdraw participation.

But what of the believer who is convicted that their participation as a troop leader or their children's involvement does more to be salt and light?  Or the believer who works at Target or wishes to continue to shop there to be an active influence for Christ?  Are they wrong because their answer doesn't match the "collective Christian conscience"?

Is it possible to have a believer fully convicted in their own mind that purchasing merchandise from the Girl or Boy Scouts or Target would be wrong and also have another believer fully convinced that they need to be more involved in any (or all) of those organizations to be salt and light, without being condemnatory to either for their stance since both come from a position of faith?

This, I believe, is the greatest challenge toward our unity as a Christian people in our current atmosphere.  When an individual doesn't conform to an expected (and appropriate answer) to a controversial issue, we tend to vilify and to call into question the motives behind such a differing view.  Especially in the light of the tremendous changes caused by our culture's acceptance of the LGBT lifestyle, we will continue to see varying responses by individual, committed believers (and even churches and parachurch ministries).

May God, in the midst of this trial, grant us unity in the faith, purity of motives and freedom to act individually for the glory of Christ, while supporting one another in our mission to love God and be salt and light to a hurting world...because that is where our attention really should be.