It's the obvious sins we must repent of first... 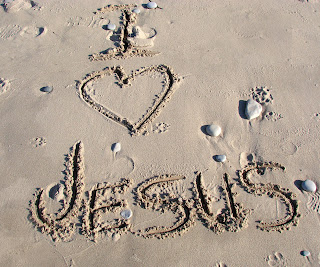 This seems to be the struggle of our modern day culture who want to have their salvation and their sinful life too.  It is the problem with many millenial Christians who want to reach a world for Jesus but don't believe that acknowledgement of sin and repentance of sin is necessary for salvation to the broken people they are proclaiming Jesus to.

Having been in the world and seeing the image of God in the broken people whom they have met, the idea of repentance seems so unloving and intolerant.  Nowhere is this more evident than in the churches that have popped up proclaiming that they are "open and affirming".  Any lifestyle is equally acceptable and blessed by God, even if it runs contrary to what God has revealed in His Word.  There are whole denominations that are doing Scriptural gymnastics trying to deny what the straightforward reading of God's Word actually says, so they can "reach more people with the love of Jesus".

But if we look back at the forerunner of Jesus, we see a man who confronted the culture with the obvious sins of their lifestyle.

To the tax collectors, he told them not to take more than what they should (Luke 3:12).  Why?  Tax collectors were known for their dishonesty concerning the monies they collected.  In other words, they stole.  It was accepted within the Roman culture.  It was legal.  But it was still a sin in God's eyes.  But for a tax collector to prepare the way for Christ was to repent of the obvious.

To the soldiers, he told them to be content with their wages and not pervert justice for unjust gain (Luke 3:14).  Why?  Soldiers were known for their extortionist tactics.  In other words, they gave false testimony, coveted and stole.  Again, it was accepted within the Roman culture.  It was legal.  But it was still a sin in God's eyes.  So for a soldier to prepare the way for Christ was to repent of the obvious.

To Herod, he told him that it was unlawful to have his brother's wife and wrong to do many of the other evil things he had done (Luke 3:19-20).  Why?  The king's power pretty much allowed him to do anything he wanted.  As long as it didn't bother Rome, Rome didn't care.  But just because Herod could make it legal, didn't mean that he could make it right in God's eyes.  In other words, it was still adultery and the other things were still evil.  So for Herod to prepare the way for Christ was to repent of the obvious.

Paul states in Romans that he wouldn't have known was sin was except for the law (Rom. 7:7).  He wouldn't have known what was wrong unless God was allowed to define it.  However, only in defining sin does repentance have any meaning.  Only in understanding the punishment for sin, death, does the substitutionary death of Jesus, and His subsequent resurrection have any significance or have the ability to give any true hope to our dilemma of the brokenness in our lives or the world around us (Rom. 6:22-23).

When we take away the repentance of obvious sins and the acknowledgement that God and He alone defines the perameters of what sin is, we prevent the broken people we encounter from ever truly knowing the freedom offered in Christ...a freedom from sin and its effects, not a freedom to continue in sin unpunished (Rom. 6).

When I came to Christ, I came with the acknowledgement that I was a sinner, not a sinner in an ambiguous sense of "nobody's perfect", but a sinner who had issues of lust and pornography that had consumed my life, defined who I was, and I knew it wasn't right because God said so (Mat. 5:27-30).  The good news was that Jesus died for all of those sins and offered me life, if I repented, believed in Him and followed Him.  The freedom I experienced wasn't a freedom to continue that lifestyle, but the freedom to deny myself to follow Jesus who is true life (Luke 9:23-26).

I wasn't made perfect that day (though I have been seen as perfect through Jesus since), but my following of Christ and my recognition of the redemption offered by Him only came through my obvious sins.  As time has passed and I have stumbled along in this Christian life, He continues to reveal sins in my life that need to be repented of as they are made obvious to me as I follow Him.

The problem with those who are living together and think God's okay with it or those in the LGBTQ community who think that God will accept them into heaven as they are or those who wish to deny any part of the straightforward reading of the Scriptures that declares the obvious parts of their lives as sinful, is that they cannot receive salvation without an acknowledgement that it is for those reasons that Jesus died.  And acceptance of Christ comes with the cost of repentance toward those things for which Jesus died, so that we truly might follow Him and receive life (and we may have to repent of those things many times...see Luke 17:1-4).

The problem with those who proclaim a gospel without a repentance of obvious sins, is that they neither offer hope nor salvation to those they share with.  Rather they have become false teachers of a gospel which ultimately offers neither life, nor hope, nor freedom from the sins that Jesus died to set them free from...that life is only found through repentance.

May we be a people bold enough to proclaim it.
Christian Living Christian Worldview