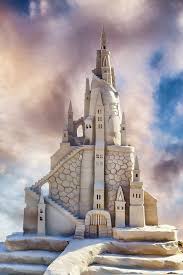 My family went with another family to see "The Last Jedi" a few months back.  After the movie was over, there was endless critiquing by my family concerning the movie.  Needless to say, we didn't like it.  It isn't that we hated all of it, but the errors that it made were, in the end, unforgivable.


I have been a collector of Star Wars books for years.  I don't own every book that has been made, but enough to respect the universe that the creative authors of the series have created.  One of the things that became established after 40 years of fiction development is the character of each of the fictional individuals represented in the series.

Going into the movie, we all knew that creative license would be taken by the filmmakers as Disney was trying to build their own history of Star Wars that was going to deviate from what had been written before.  The first of the new trilogy "The Force Awakens" definitely changed the history from the books, however, the characters remained the same, which is why it was such a success.

However, in "The Last Jedi", the writers did an unforgivable thing.  They messed with the character of Luke Skywalker.  They turned him from a man of undying hope and unwavering faith into a bitter old man who wanted nothing more to do with the Force (until the very end of the movie).  This change happened because of a stray thought that came to his mind concerning the possibility of one of his students turning to the dark side.  In the books, many of his disciples fell to the dark side, yet Luke never gave up hope.

My son and I have talked about this a lot and have agreed that because the new films ignore what was considered canon, we might not have anything to do with future films coming out.  I believe that is part of the reason for the lukewarm reception of the current "Solo" film.

We have argued a lot with those who only know the Star Wars movies and not the books.  For those people, the only history they have is what has been put to film.  We try to explain to them that the stories in the books have created such a mythos that to deviate from the characterization from the main star of that series is a betrayal of Star Wars itself.

It is refreshing to run into other Star Wars fans that are as familiar (or more familiar) with the lore of the books than we are.  Through those conversations, we talk about the hidden and deep things of the Star Wars Universe that those who only know the movies have no understanding of.  We often share the same views concerning what was done to Luke and how it affects our love for Star Wars (going forward).  Many are content to keep with the old canon and ignore what is coming out in the future.

Silly, I know.  After all, it is a book and film series in a fictional universe.

I have heard my youth over the years offer similar arguments for the Harry Potter Series (especially book 5 compared to the 5th film of the series), Eragon (the first book of the Inheritance Cycle), Prince Caspian (the 2nd book of the Narnia series) and the Percy Jackson series.

In all of it, some of the most unforgivable actions comes when the screenwriters mishandle the character of one of the main actors (be they hero or villain) or they miss an important plot point of the story from the book.  We are offended because we have become followers of the characters and stories that have been carefully crafted over years.

We are invested in the storytelling.  So much so, in many cases, we may identify with a character so much within the story that we will dress up as them as we wait in line at the movie theater or collect mountains of merchandise concerning the series we love.

I can only imagine that the Star Wars series has tens of millions of words in it.

But here is the punch line...the Bible contains about 800,000 words in it, yet, we and our children know more about many of the series above than we do the Bible.  We are more passionate about the fate of Luke Skywalker in the movies than we are about Christ in the lives of our friends and family.  We have unwittingly become disciples of entertainment rather than of Christ.

Many of us have a desire to know about the deep things of God.  We want to know how to answer questions concerning abortion, gay marriage, suicide, evidence for the truth of the existence of God and the reliability of the Bible, among many other things.  However, many of us only have a movie experience when it comes to the Bible (and many of those movies are nothing like what the Bible actually says).

In other words, we have no foundation in the Word of God and no built in conviction that the Word of God is true to have meaningful conversation with others concerning the deep things of God (not to mention the elementary things of God).  Talking with many concerning the tough issues is hard because there is no familiarity with the Scriptures or how the Scriptures are put together and relate to one another, which is why godly council is often spurned as merely opinion by those who come in for advice (whether youth or adult).  Many know more about what the culture feels about these issues than what God says and are more passionate about their views than His (Mat. 10:32-39; 2 Cor. 10:4-5; 2 Tim. 3:16-17).

So where are we to begin?

Let's begin replacing our foundations of sand with the only foundation capable of withstanding the storms of life (Mat. 7:24-27; 1 Cor. 3:9-15).  I promise it is worth any sacrifice.  After all, we and our children already have the world...why should it cost us our soul (Luke 9:23-26)?  Besides, wouldn't it be so much cooler to see us and our children being more passionate about Jesus than we are about our favorite character in the movies, books or video games?