What It Means to Be a Friend of Sinners... 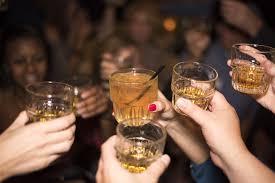 "To what can I compare this generation?  They are like children sitting in the marketplaces and calling out to others:  'We played the flute for you, and you did not dance; we sang a dirge, and you did not mourn.'  For John [the Baptist] came neither eating or drinking, and they say, 'He has a demon'.  The Son of Man came eating and drinking, and they say, 'Here is a glutton and drunkard, a friend of tax collectors and "sinners."'  But wisdom is proved right by her actions."-- the words of Jesus (Matthew 11:16-19; see also Luke 7:31-35)

Most people don't realize that to be tagged a "friend of sinners" was a slight toward Jesus.  We have taken the name calling as a badge of honor and used it to say that as believers, we too, should be "friends of sinners".  However, this is a dangerous misunderstanding of how Jesus responded to the insults to both Himself and to His cousin, John the Baptist.  I am afraid that Americanizing the context has done us a disservice of not understanding the charge given to Jesus (and John) and how His response actually refutes their claim.

This is important because in our "relationship means everything culture" many believers begin with the right intention of winning the lost for Christ.  So they begin to build relationships with friends, family and co-workers for the purpose of showing Jesus through their lives.  They begin to spend so much time around them, that they actually become like the ones they are trying to reach for Christ.  The next thing that you know, they are turning their back on the faith, putting down the [imperfect] family of God and reveling in the actions they at one time hoped Christ would save their friends, family and co-workers from.

Ironically, this is the very accusation that the Pharisees and the people of Jesus' generation were accusing Him of.  They call Him a glutton and a drunkard because the people Jesus were calling into the Kingdom were drunkards and gluttons.  The charge of "friendship" with them wasn't just one of mere association, but an accusation of partaking in these very same actions.

With John the Baptist, his seemingly hardline approach toward repentance that so separated him from the world around him, caused a different accusation to come his way.  Since John was out in the desert and never drank or ate with sinners, they called him "demon possessed" because he was different.  He didn't mingle with the world, he stood in bold contrast to it.

With Jesus, His accusers accentuate his association with tax collectors, prostitutes and sinners to marginalize the message of freedom that Christ was bringing them.  With John the Baptist, his accusers accentuate his alienation from the world around him as proof of his demon possession to marginalize the message of freedom through repentance in Christ that he was bringing them.

So Jesus responds with one simple statement:  "But wisdom is proved right by her actions [or children...via Luke's account]."

So what was meant by that statement?

Jesus was basically saying, "Look at the fruit of our work."  Whether John the Baptist or Jesus, they were calling sinners to repentance (a turning away from their sins) and into following Christ.  The people around John the Baptist weren't crazier, they were more faithful to God than before, not what you would expect from a demon possessed man.  Those who accepted that calling and followed Jesus were radically changed.  It wasn't John the Baptist or Jesus being affected by the crowds they ministered to, but the individuals among the crowds who responded to their call who were changed.  This was the exact opposite of what John the Baptist and Jesus were being accused of.

There is a misconception through the accusation of this passage of Scripture that Jesus spent all of His time around the sinners of His day.  Rather it would be more accurate to state that Jesus spent a good amount of time with sinners calling them to repentance, belief in Him and the mission that God had always created them for.  Not everyone in the crowds, parties, feasts or private gatherings would accept what Christ offered.  When that happened, Christ never compromised Himself nor the message He carried.  He simply let people walk away if they refused to be part of what he was offering them (see Matthew 8:18-22; Matthew 10:34-42; Mark 10:17-31; John 6).

The reality was that Jesus spent most of His time around those who accepted the call to follow Him, specifically His disciples.  The times that Jesus spent around the crowds or in people's homes were often one time affairs.  Each of those represent an opportunity for Christ to invite them into the Kingdom of God through belief in Him.  After these instances, Jesus would often go to another town and do the same thing again.  However, His disciples would go with Him wherever He was for the better part of 3 1/2 years.  They would gain the deeper insights the crowds weren't privy to, because many in the crowds didn't follow Christ.

What can we learn from all of this as believers in Christ?

1)  As believers, we are on a mission and we are calling others into that mission.

We have to remember that Christ has called us to "make disciples" (Matthew 28:18-20).  As the redeemed of Christ, it is our only goal to win others to the Kingdom of God.

2)  We are not to be ashamed to associate with anyone, however, we are only to be like Jesus.

I don't have to be like someone in order to call them to the same adventure that Christ has called me to.  Nor do I have to spend a lot of time with them in order to call them to this glorious adventure.  Christ often only had one opportunity, if they refused, He moved on to those who might be responsive.  If bad company corrupts good character (1 Cor. 15:33), then spending all of our time in the company of a specific sinner or sinners
in the hopes of winning them for the Kingdom will often do us more harm than good and distract us from our mission (#1).

3)  People will call us names to discourage us in our mission.

Go ahead and be different, see how the world reacts.  The world is ready to call you intolerant or weird or judgmental or demon possessed just to get you to shut up.  Make no mistake, that is exactly what they did to Jesus and John the Baptist and Jesus said if they did it to Him, they will do it to us too (Matthew 10:24-25).  We must care more about God than man or we will be tempted to win man's approval rather than God.

4)  We are called to be around others who have the same mission most.

Jesus spent the most time with those who had accepted His call in their lives.  As believers, we are supposed to be around other believers the most.  This is to remind us of our mission, challenge us to growth in Christ and to encourage and restore one another along this journey of faith (Eph. 4:11-16).


May wisdom be proved right by her actions in your life...don't be a friend of sinners...rather lead them to Jesus and let Him change them for His glory.