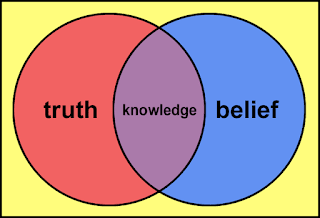 I have gotten a lot of things wrong lately.  Mostly, I have gotten things wrong because at the time I originally thought something about some current issue, my knowledge was incomplete.  However, I have learned not to put most of my immediate knee jerk reactions to every story out there on social media for the world to see.  (It only took me 15 years to learn that lesson).

There is a scary danger in our instant world and self-created echo chambers...the truth suffers.  Not my truth or your truth but THE TRUTH.

Let me give you an example from our headlines today.

Troy Aikman was caught on a hot mic talking about the waste of jet fuel because of a fly over to a mostly empty stadium.  Immediately, the twitter storm raged.  People defended and people berated.  People turned it into a moratorium on Aikman's patriotism.

My initial reaction to the whole thing was the following:

Maybe Troy Aikman had become an environmentalist of sorts and saw the waste of jet fuel as something that was harmful to the environment and therefore thought the flyover wasn't worth the cost for the taxpayers of this country for something so frivolous.

And on that assumption, I thought it was a reasonable position, whether I personally agreed with it or not.

Through the reactions, most uncharitable, I learned something else too.  The flyovers do not cost the taxpayers any money because they are often coupled with training missions that can last for hours after the flyovers.  Also, the flyovers give valuable tactical training, as the timed flyover at a very specific time, is crucial for pilots who may have to be just as precise during actual missions.  The flyover gives a real peacetime practice for something that may be needed in actual combat.

All of this new information gave me a greater appreciation of the practice the flyovers at sporting events provide to our military.

One question went through my mind as I looked over all this information that was new to me:

Did Troy Aikman know any of these facts, that I didn't know until about 10 seconds ago?

From the reactions on twitter, you would have thought it was such common knowledge that only a moron wouldn't know.  That made Troy Aikman an idiot, and I guess, by extension, anyone else who fell into that same category, which would include me.

This leads to the second casualty of incomplete knowledge:  the lack of grace and mercy.

In John 1:17 we are told that grace and truth comes through Jesus Christ.

But grace and truth are casualties in our current culture filled with incomplete knowledge.  Humility of simply admitting we are wrong or didn't know something further compounds this dilemma when all of our answers can be found with a quick Google search.  Our favorite commentators will further fuel our initial outrage showing how right we are and how wrong any other viewpoint is.

I fear that our culture is trading out love, grace & truth, and by extension, Jesus Christ for an incomplete knowledge that only puffs up and berates.  I am also afraid that many who are called by the name of Christ have been swept up in this same culture and through their lack of humility, grace, mercy & love end up denying the truth, which is found in Christ.

As believers, we have been told to make every thought captive to Christ as we are confronting the arguments of this world (2 Cor. 10:5).  We are admonished to speak the truth in love (Eph. 4:15).

The world may not accept our arguments.  That isn't the point.  We must realize that we will never convey the love, grace, & mercy of Christ while only wielding the sledgehammer of incomplete knowledge this world has to offer.

May your view of Troy Aikman or of me be filled with grace and mercy, Lord knows we need it. 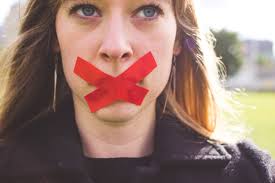